Learn to piano with

Elio Coria is a classic pianist born in Argentina and formed in Switzerland. As a soloist he has performed in several countries of Latin America and Europe. Since 2017 he's a member of the Aurora Piano Quartet together with whom he's an artist in residence in Queen Elizabeth Music Chapel in Belgium.

Ask a question about Elio Coria

for a non-binding trial lesson

I can teach you

Bands / formations I have played in

As a pianist specialized in chamber music I usually play in several and different settings from duos to quintets. Since 2017 I integrate a piano quartet: Aurora Piano Quartet

I love to teach you songs / works from these artists / composers 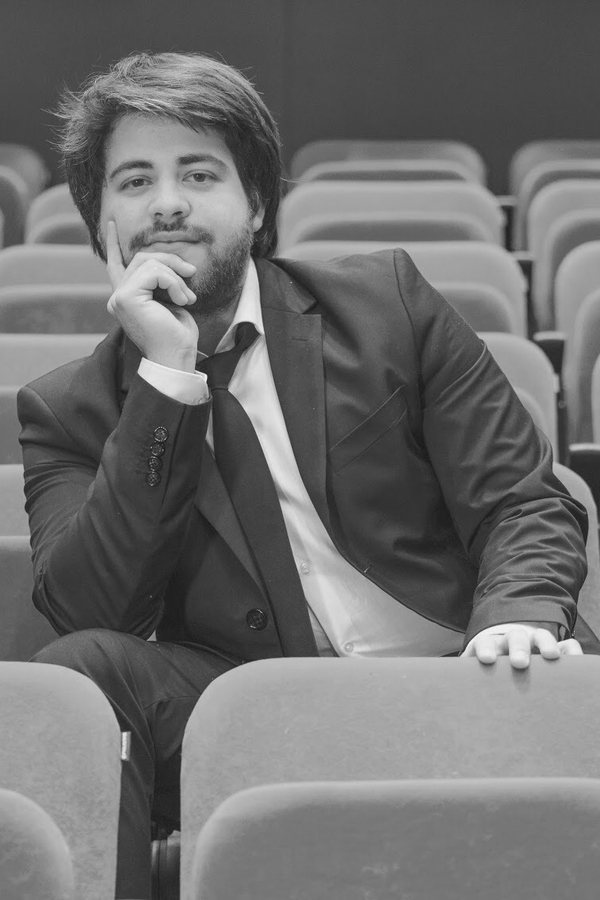 Welche(r) MusikerIn hat dich am meisten beeinflusst?
Arthur Rubinstein. A brilliant polish pianist, specially known for his wonderful sound and his recordings of Chopin. He was also known for being a «bon vivent», a man who loved life. His autobiographical book with thousands of unbelievable stories and the film «L'amour de la vie» which portraits his last years, marked me deeply when I was still a child.

Was kannst du mir auf deinem Instrument besser beibringen als alle anderen LehrerInnen
I can help developing a solid technique that can allow the student to afford any kind of repertoire without any inconsistencies. At the same time working on an active listening will be vital to develop a deep musical sensitivity. But what I can do best is to help you finding your own and personal sound in the instrument.

Wie hast du dein Instrument spielen gelernt?
I don't remember quite well the beginning, but as I've been told: when my brother was a teenager (and I was around 5 or 6 yo) he used to play the guitar in a rock band and in each concert they gave, I was fascinated by the keyboarder, until one day I asked my mother to buy me a piano. Her quick answer was: "Haha no way" but finally that Christmas I got a small keyboard and during all that summer (in Argentina Christmas is in summer) I learned on my own and by ear all the song bank that old Casio had. After that I started taking formal lessons.

Welche persönliche Eigenschaft hat dir beim Üben am meisten geholfen und warum?
Self-discipline is without any doubt the most important quality a student should have and without any doubt, the one I lacked the most. So, being a not disciplined boy at the piano, curiosity and ambition played a major role in my formation. The curiosity of what that monotone instrument could do and the young ambition of wanting to be better than my colleagues.

Was hat dein Instrument, was andere nicht haben?
Piano has the biggest literature. Thousands of pieces were written specifically for the piano, and thousands of other pieces written for other instruments we can still play at the piano! We can virtually play everything we want on the piano. From just a rhythmic base to imitating a whole orchestra. We can play alone with our instrument, or we can play along with any other instrument we wish. And being one of the most popular instruments ever, you can find almost everywhere a piano ready to be played!

Worauf achtest du dich besonders beim Unterrichten?
What I pay attention the most is that the student is not becoming a caricature of me, that he's not only imitating what I do without fully understanding why. For me it is very important that the student understands completely why he must do that movement and not that other one, why he must play that note with his index and not with his thumb. Imitation is one of the most powerful tools of learning, but we must understand the thinking behind each action, otherwise we become like parrots who can imitate speaking without really speak.

Wie baust du deine Musikstunden auf?
This depends on the age and level of the student: For children, concentration is precious and not lasting, so I subdivide the lesson in a few sections of 5' to 10' minutes of being on the keyboard learning a piece with short games or distractions in between. With more advanced students, we focus mainly on the pieces the student is working on.

Wie gehst du bei Kindern vor?
As I was saying in the precedent question, with children games are the key. They don't have to have the impression they're doing extra scholar work, or that they need to do an extra effort to learn. Everything should flow naturally and they must play the piano as they play any other game. Learning music and playing piano must be thought and lived as a playful experience.

Was war bis anhin dein tollstes Erlebnis als Musiker und warum?
In 2015, I played several concerts along with some friends in Bolivia. We performed mainly in two theaters located in Cochabamba and La Paz, but also in unusual venues like schools, cinemas, an abandoned factory and sometimes also in the street. So the audience we had was extremely varied and for many of them was their first experience with classical music.

I remember one special concert where we were about to play «Le sacre du printemps» (two pianos version) by I. Stravinsky. An old lady approached us before the concert and said that this was actually the very first time «Le sacre» was going to be played in Bolivia. It was a shock at first but then it gave us a plus of emotion and adrenaline.

Welches war die grösste Bühne, auf der du gespielt hast?
I think the biggest one was in La Roque d'Antheron in France, this city holds one of the most important piano festival and has a beautiful stage in the middle of a huge park. Wonderful place.

Welche eine Platte würdest du auf die einsame Insel mitnehmen und warum?
I thought Platte was my favorite dish! Google said so! Well here I go: My favorite album is probably the first I listened to when I was 7 or 8 years old. This was the complete Chopin Nocturnes performed by İdil Biret. This is perhaps not my favorite interpretation of the Nocturnes, but the recording itself is very special for me. The sound of the piano, i tempi, rubati, etc. got graved deep in myself. I can almost listen to this recording just by remembering.