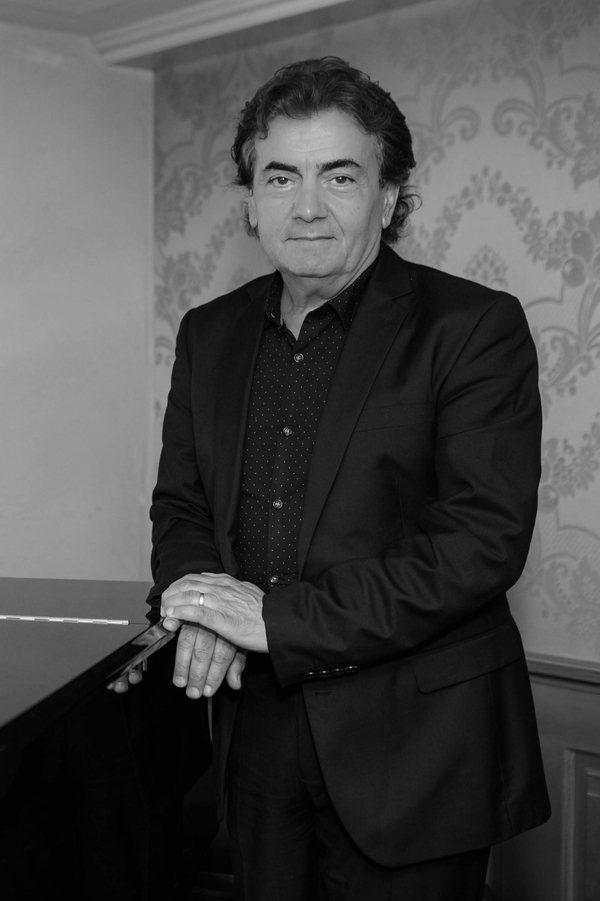 My specialty would be improving someone's playing, musicality, fluidity, repertoire, for song selection and compatibility to a professional level, but I would be happy to teach anyone at any level in most any style.

3. JohnHarris Music Institute for the Arts.

1. LYNX - My own Band on an International 5yr Tecording Contract

Welche(r) MusikerIn hat dich am meisten beeinflusst?
The Beatles, because of their ability to master their instruments, write a great number of fantastic music industry shifting songs, sing solo and harmony parts plus create an image that evolved over time. They reinvented themselves over and over influenced fashion music took into account politics changes in society and weren't afraid to say what needed to be said.

Was kannst du mir auf deinem Instrument besser beibringen als alle anderen LehrerInnen?
I can honestly say that because of the number of years I have played music as a professional I have encountered people in at least 5 different countries and have played as many styles as I could possibly find and have learned to play authentic chord voicings, licks for improvising and the nuances of a particular style.

Wie hast du dein Instrument spielen gelernt?
Starting very early in a musical family was the germ that has lasted a lifetime.

Welche persönliche Eigenschaft hat dir beim Üben am meisten geholfen und warum?
I have been a musician since I left home at sixteen and play music for pleasure , for survival and for putting smiles on people's faces that love music.

Was hat dein Instrument, was andere nicht haben?
My instrument has endless depth and after 55 years of playing I am always amazed at the complexity of the sound combinations available if you look.

Worauf achtest du dich besonders beim Unterrichten?
When starting with the new student it's necessary to get to know the person to know about the personality of the student, where they want to go with their plane, why they want to go there and how deep they want to go and the availability of practice time due to outside forces. The speed at which somebody can absorb what you're trying to show them his Paramount in order to not overwhelm the student or bore someone to tears not going fast enough.

Technique and precision are not foremost in my mind because music is not perfect and never will be thank goodness so the need to be musical and to understand the complexity of bands and the music is much more important .

The main objective is to become "musical" as opposed to a dot Reader. Technicians are fine and necessary but at some point you have to be a part of the music and the people around you who are playing it so the notes need to be put aside. Mistakes are quite ok!

Wie baust du deine Musikstunden auf?
After the interview the Plan would be to set out goals per lesson and a work schedule covering many different elements of playing better and a formula for "how to improve". Not just repeat repeat repeat.

Wie gehst du bei Kindern vor?
I am not experienced with teaching Children so it's best I leave this to someone else qualified as it can be the factor to a child continuing with music or not.

Was war bis anhin dein tollstes Erlebnis als Musiker und warum?
One of my fondest memories is remembering my concert debut with my recording Band "LYNX" at the Montreal Forum, stepping on Stage in front of 20.000 people, trying hard not to be overwhelmed and pass out or puke, trying to remember what I was to play, why I was there and how I managed to get myself into the most exhilarating experiences I ever had, thanking my lucky stars and being happy to have dedicated myself to countless hours of practice to reach that point.

Welches war die grösste Bühne, auf der du gespielt hast?
My Band "LYNX" on the strength of our first hit single played at the Montreal Forum for over 25000.

Mit welche(r)m MusikerIn würdest du gerne einmal spielen?
After becoming the House Keyboard Player for TNT Band "Norway" I had the privileged to play and write songs with one of the most dedicated absolutely incredibly talented all round Guitarists I've ever met rated Top 10 in the World for 5 years by the name of Ronni LeTekro.

Welche eine Platte würdest du auf die einsame Insel mitnehmen?
The Beatles Greatest Hits because the band that affected me most in so many styles and was instrumental in me looking at various instruments, songwriting, arrangements, incorporation of other instruments not associated with Rock music, Fashion, Politics, new ideas , sense of humour, musicianship, vocal ability, comraderie, video ideas were John, Paul, George and Ringo AND George Martin.

Auf welcher Bühne würdest du am liebsten spielen oder spielst du am liebsten?
I have played all the concert stages I would like to play and have no preference for the future as my dreams have been fulfilled, so playing in the tiniest or the largest halls is equal now. It's the music and the audience that count no matter how many are present.

Was ist neben der Musik noch wichtig in deinem Leben?
My partner, my children, my family, my friends and being kind and considerate of other people.

Tony is a top-notch enterteiner with an incomparable experience; he plays regularly in bars and restaurants, either only on the piano, or with rhythm boxes, additional keyboards and singing along. Tony can play virtually any song you can imagine after having heard just a couple of beats, and that in many different styles (pop, country, reggae, funky, rock..). The lessons are very practice-oriented and he tries to push you to do your homework, showing cool licks, techniques, styles to practice, or just jamming together, four hands on the piano. I highly recommend Tony as a teacher, not only because you can learn so much from him, but also because it's fun!