Fernando Brox is a professional musician with three Bachelor degrees and plenty of experience in the field of pedagogy. He has been working as a music teacher over the last ten years, conveying the love for music to students from all ages and profiles.  He is currently studying a Master in Composition at Jazz Campus, Basel, performing regularly with his own projects and as a sideman in Switzerland, The Netherlands and Spain. 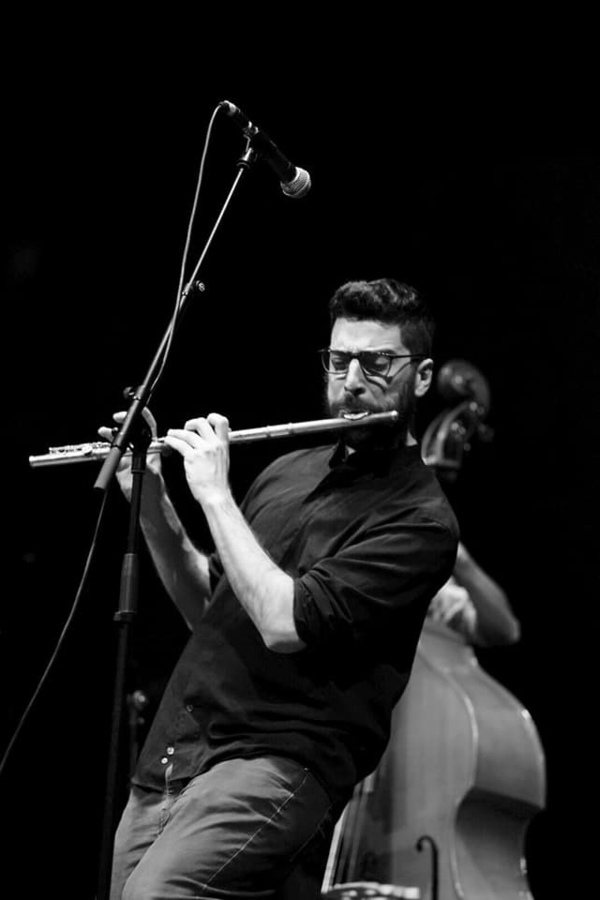 On the musical side, I can teach about improvisation, harmony, musical expression, phrasing, interpretation of different styles, etc.

I can teach about recording and playing situation, band roles, work flow with a band, exercises and concepts for working together with other musicians, study plans and rutines, composition, arranging, etc.

Welche*r Musiker*in hat dich am meisten beeinflusst?
I would say my strongest influence is Charlie Parker. I just felt in love with his playing, lines, sound and expression from the first moment. Later on many others came, and of course I'm still discovering amazing musicians that influence me, but I think Charlie Parker is at the bottom of my soul.

Was kannst du mir auf deinem Instrument besser beibringen als alle anderen Lehrer*innen?
In the first place, I definitely can teach you about love and enthusiasm playing music, which I think is the most important thing. This is related with understanding the nature of our instrument, the nature of music and harmony, experimenting the infinite sounds you can get out of the flute and eventually finding your own voice in music.

In a more specific field, I have developed an intuitive and simple system that explains tonal system in the clearest possible way. It is called THG (triangular harmonic generator), and with this amazing tool you can easily learn about functional harmony, scales, understand any song or harmonic progression, and work on improvisation in a structured and fun way.

Wie hast du dein Instrument spielen gelernt?
I wanted to play saxophone, piano or violin, and on a day a flute player came to my school to show us the instrument. I immediately felt in love with it and never ever thought again about the other instruments (although I play a little bit of piano, sax and violin).

Wie gehst du vor, wenn du selber einen Song schreibst oder ein Stück komponierst?
I have experimented with many different ways to approach composition. Sometimes I use songs I like as a model to follow; I transcribe the song or catch the general vibe and try to write something in the same atmosphere. Another way to go is simply sit down on the piano and find a nice melody, a chord progression or a groove that makes me happy.
Lately I'm experimenting with external systems such as dodecaphonism or the Oliver Messian's "non-retrogradable rhythms" concept. These gives you a clear direction when choosing pitches and rhythms.

Another way to go related with the first one, is to extract a musical concept from a pre-existing piece, or making one up yourself...recently I took the rime structure of poetic forms (i.e: ABBA ABBA CDCDCD) and construct rhythmic phrases following that structure. Then I write a melody on the top of those phrases, and voilà!

Auf welchem Equipment spielst du heute?
I play with a silver flute, the brand is Altus. The headjoint is a Nagahara.

Welche persönliche Eigenschaft hat dir beim Üben am meisten geholfen?
What helps me the most to be excited about practicing is researching topics I am interested in, or thinking about things I want to achieve musically so I have a clear direction regarding what I want to achieve. I don't like imposed routines, it just doesn't work for me .

Was hat dein Instrument, was andere nicht haben?
I would say that the flute is a really primitive instrument, and that ancestral nature is present in the modern instrument. Saxophone or oboe are more complex regarding the sound-making system, so I guess they came later in history as a result of technical and social developing. That insight gives me a focal point to follow along or go against when working on my sound and means of expression.

Worauf achtest du dich besonders beim Unterrichten?
My main principle comes from the idea that music is at the service of the people, and not backwards. That translates into a clear attitude and ethic code regarding teaching. I would try to guide, help the student to get where she or he wants to arrive, but never impose. I have suffered a lot myself as a student with this kind of approach, and I consider myself lucky because after all I didn't end up hating music. In conclusion, my main principle is to convey the love for music, and teach people to use the power of music to bring joy to themselves and others, at whatever level of technical and conceptual development.

Wie baust du deine Musikstunden auf?
Normally I start with a basic routine of long notes and breathing exercises, exploring the use of internal resonators (head, nose, throat, chest, and eventually the whole body) and how they translate in different body sensations that reflects on the sound.
After that I might show some melodic studies from Marcel Moyse to practice these feelings in motion. Then we might work on some harmonic concept, learn a tune related to that concept, and work on it.
Again, this is what I would do if the student doesn't have a particular subject in mind to work on. If she or he has something (learning a particular tune, etc.) I will go that way.

Wie gehst du bei Kindern vor?
I try to be as dynamic as possible, coming up with games and entertaining approaches that makes them have fun while learning about some specific matter.

Was war bis anhin dein tollstes Erlebnis als Musiker?
That was three years ago when I played "Smoke on the water" on guitar to my by now 6 years old nephews and they started jumping around the house like crazy.

Welches war die grösste Bühne, auf der du gespielt hast?
Four years ago I played in Palau Sant Jordi, Barcelona, in front of a crowd of 16000 people, as a part of the band for the singers of "Operacion Triunfo" (famous TV show in Spain similar to "You got talent).

Mit welcher*welchem Musiker*in würdest du gerne einmal spielen?
I would love to play with Nasheed Waits. He is my favourite drumer ever.

Was ist neben der Musik noch wichtig in deinem Leben?
Being surrounded by people who love me and make me feel loved (my family and friends).