Christina Rieder aka. Rykka is a professional recording, touring musician. When she's not touring perpetually, she lives in Vancouver and Zürich, specializing in pop/rock music. 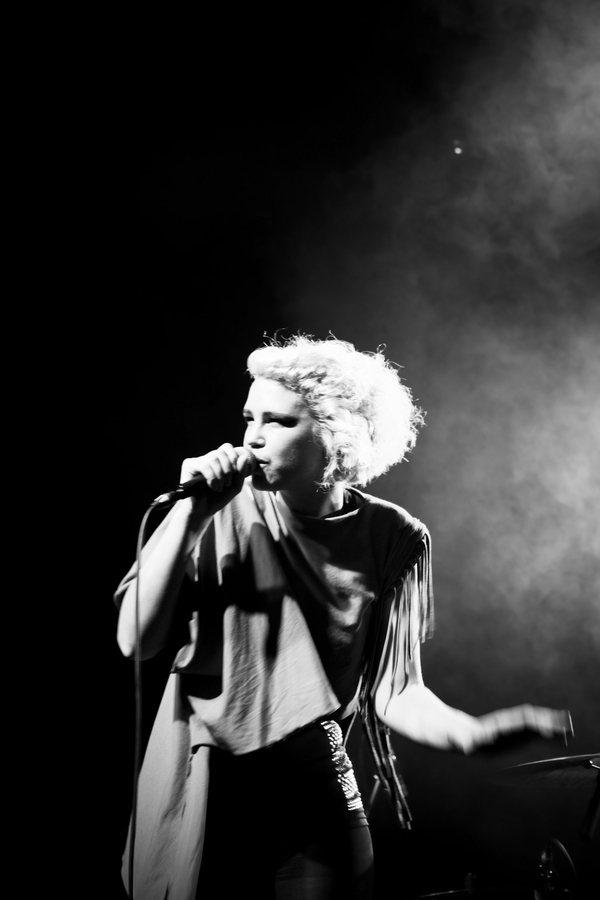 Which musician has influenced you the most?
My mother. She was in jazz choir in high school and taught my brother, sister and I four part harmonies when we were 5, 7 & 8, along with her in the car on the way to school. Nowadays, I'm very influenced by my peers. Whaletooth, Valery Gore, Mother Mother.

What can you teach me about your instruments different than any other teacher?
I quit music school to actually play creative new music, and use as little music theory as possible. I work very, very hard at what I do and have a very intuitive approach when I'm teaching. I think that the most important things that anyone can know is what they can do, and their options, because I believe that when you realize that there are fewer boundaries than you thought, you are stronger and more free in music.

How did you learn to play your instrument?
I started singing with my mom in the car, and before that around the house. I started playing guitar, songwriting and performing when I was 16. I went to music school for Jazz Vocals for (almost ;) two years. I was a full time busker for two years in Vancouver, I went to Asia to study Hindustani vocals in Chennai, India and Gamelan Music in Bali, Indonesia. Since then I've been a full time musician. I'm still learning my instruments and learning new ones, I'll never stop.

On what equipment you play today?
I've just started to play Micro Korg synth live, with a T.C. Helicon Voice Live Touch, along with a Floor Tom. I also play electric guitar. For 10 years beforehand I was primarily performing with acoustic guitar and voice.

What personal trait has helped you when you practice the most?
I'm persistent. It's gonna kill me.

What you pay special attention to when you teach?
I think it's important to work together to find ideas that inspire people to play more music and grow in it. When you're not inspired by something it's pretty difficult to do a lot of it.

How do you build up your music lessons?
Planning is important. It's nice to have goals and to work toward them, then see how much you've grown.

Do you teach children?
Only those with genuine interest. Of course, that goes for adults as well :)

What was until now your greatest experience as a musician?
Playing Montreux Jazz Festival, supporting the Lovebugs on tour late last year, working with Ryan Guldemond in studio recording my new record. Traveling around everywhere. As I write this I'm on a month-long tour through Germany, it's a really great experience too.

What was the largest stage that you've performed on?
I was on Sat1. Früstuckferensehen in Berlin once, I think someone was watching.

Which musician would you like to play again?
Ryan Guldemond, he's someone I really look up to.

Which record would you bring to a desert island?
Stever Miller's Greatest Hits album. I've been listening to it my whole life and I'm not tired of it yet. Love it so much.

In which Zürcher Club do you prefer to perform?
We had the last CD Release at Helsinki Klub, and I loved it. My band and I have also opened for the Lovebugs at the Härteri, also a cool place. Maybe I'd like to play the Plaza Club or El Lokal next.

After music, what is important in your life?
Adventure, love, family & friends.