Mariya is a professional violin teacher with many years of experience. Having a huge background as an orchestra player and performing on top stages all over the world Mariya transmits her experience to her students. 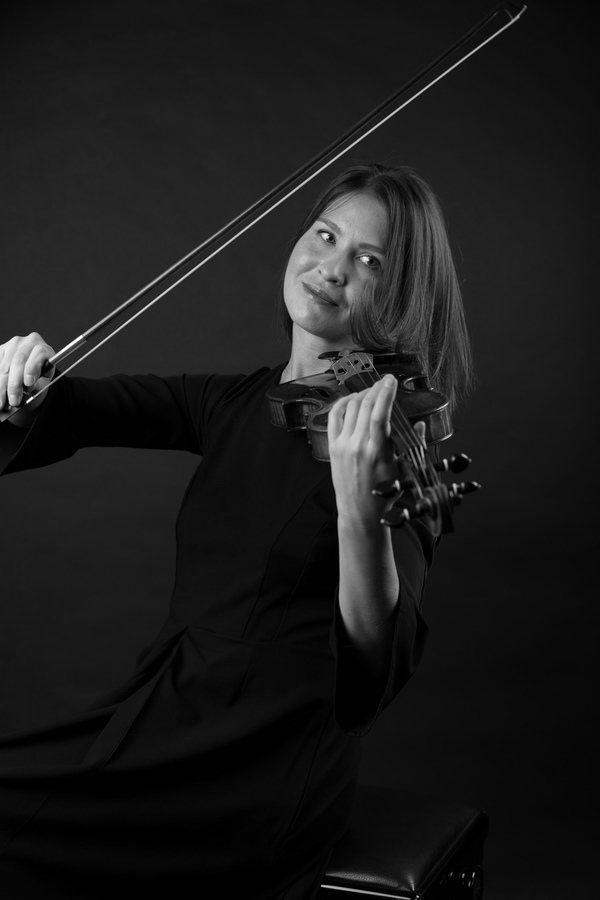 Welche*r Musiker*in hat dich am meisten beeinflusst?
My first CD disk which I bought was by the great musician Itzhak Perlman. I was inspired by his wonderful tone and great technique. The Russian Soviet Union violin school had plenty of great violinists such as David Oistrakch, Leonid Kogan etc. My teacher was a student of Leonid Kogan. And through her I feel connected with his way of playing.

Was kannst du mir auf deinem Instrument besser beibringen als alle anderen Lehrer*innen?
I follow a traditional violin school of playing instruments. I teach my students from the very first steps how to produce beautiful sound on the instrument, how to reach good technique and how to learn pieces faster.

Wie hast du dein Instrument spielen gelernt?
When I was a kid, I watched on TV a performance of Vladimir Spivakov, the famous russian violinist. I told my mom that I want to perform like him. From that moment my musical education began.

Wie gehst du vor, wenn du selber einen Song schreibst oder ein Stück komponierst?
I don’t compose but I can make arrangements of the violin part. I feel very involved in the process, especially when I want to compose some passages and modulations. It's an amazing time for creativity.

One is modern Italian instrument, made in Cremona in 2007 by Andrea Schutz

And the second one is an Austrian-German unnamed instrument, abound 100 years old. I really like its the sound.

Was hat dein Instrument, was andere nicht haben?
Both my instruments have very special deep sounds and timbres. When you are looking for an instrument which you will be playing for many years, you need to have a special connection with it. Only playing an instrument with this connection brings joy and satisfaction.

Welche persönliche Eigenschaft hat dir beim Üben am meisten geholfen?
I am a very responsible person and I know that practice makes perfect.
Better to take one step today, rather than two tomorrow.

Worauf achtest du dich besonders beim Unterrichten?
Firstly, I want to show kids another world- the world of music and art. I want them to be versatile persons with the ability to analyze and understand music.

Secondly, I teach students how to feel instrument naturally, how easy and fast to build technique and to be able to play the music they want.

Wie gehst du bei Kindern vor?
I like kids, because each child is unique and kids like me. We are having a productive and interesting time during the lesson.

Was war bis anhin dein tollstes Erlebnis als Musikerin?
When i was a teenager, I took a masterclass from the famous jazz musician Daniil Kramer. It was very exciting for me to perform with him in front of a huge audience. During the rehearsal, he said to me something that I usually would not hear from classical violin lessons. He told me that on the stage, when I take a violin in my hands, I should close my eyes and listen to the rhythm, swinging to the beat as if there is nothing but music around. I did so. It was successful

Mit welcher*welchem Musiker*in würdest du gerne einmal spielen?
I would like to play with Janine Jansen, Hillary Hahn and Augustin Hadelich. These people are fantastic musicians and hardworkers. They never stop to improve themselves, they are open to new things and they are high level professional musicians.

Welche eine Platte würdest du auf die einsame Insel mitnehmen?
My favorite composer is Gustav Mahler and I would take his 5th symphony on the desert island, just because this music is the most beautiful for my opinion.

Was ist neben der Musik noch wichtig in deinem Leben?
I love painting. It seems to me that playing an instrument and drawing are very similar things, where hard work plays a huge role.